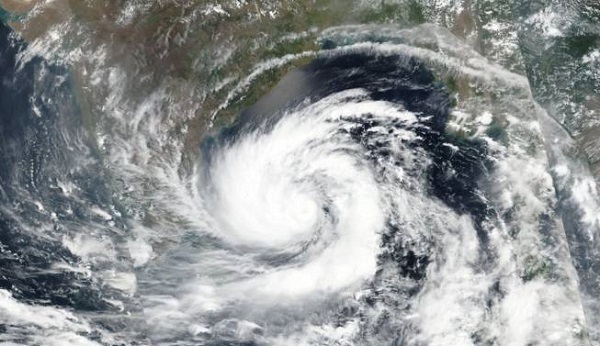 A low-pressure area has formed over Northwest Bay and adjoining West Central Bay off the Odisha coast.
It is likely to intensify further in the next 24 hours commencing at 9:00 am on Monday, said a Bangladesh Meteorological Department release issued this morning.

The axis of monsoon trough runs through Rajsthan, Uttar Pradesh, Madhya Pradesh, Odisha, Centre of the low to Assam across Southern part of Bangladesh, the BMD said adding that monsoon is fairly active over Bangladesh and strong over North Bay.

Meanwhile, the Met Office also forecasted light to moderate rain or thundershowers accompanied by temporary gusty wind in different parts of the country during the period.

“Light to moderate rain or thunder showers accompanied by temporary gusty wind is likely to occur at a few places over Rangpur, Rajshahi, Khulna, Barishal, Dhaka, Mymensingh, Chattogram and Sylhet divisions with moderately heavy to heavy falls at places over the country,” According to the release.

Besides, day and night temperature may remain nearly unchanged over the country.

As an outlook for the next 72 hours, the BMD predicted: “Rainfall activity may increase.”

Maximum rainfall in the last 24 hours as of 6:00 am today was recorded 87 millimeters (mm) at Cumilla in the Chattogram division.