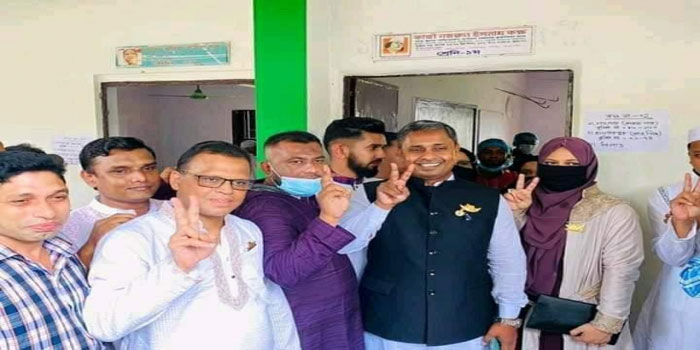 Awami League candidate Habibur Rahman Habib won the by-polls to Sylhet-3 constituency by a huge margin.
According to the news received at 8 pm on Saturday, AL candidate Habib got 65,101 votes and won privately. According to Deputy Commissioner and Returning Officer of Sylhet, Habib got 89,605 votes. His nearest rival Atiqur Rahman Atiq of Jatiya Party got 24,604 votes.

Earlier, voting in the Sylhet-3 by-election started at 8 am on Saturday. For the first time, EVM voting started simultaneously in 149 centers of this constituency comprising three districts of the district, Surma, Fenchuganj, and Balaganj. It goes on non-stop till 4pm. There are a total of 352,000 voters in the Sylhet-3 constitution.

The seat became vacant on March 11 when Awami League leader Mahmud Us Samad Chowdhury, an MP from the constituency, died of Corona. According to the schedule, the by-election of this constituency was supposed to be held on July 28, but the polls was postponed due to Corona. The commission later fixed September 4 as the polling day.